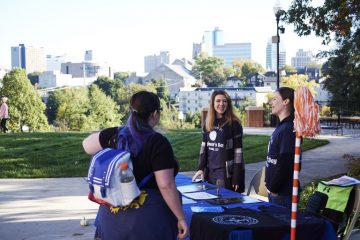 What's Engineer's Day? Each October, the college hosts Engineers Day, a tradition going back more than 100 years. Undergraduate engineering classes are dismissed for one day to allow university students and faculty to spend time interacting with hundreds of potential UT engineering students from high schools across the region.

Hi Tau Bates! I just wanted to remind you all that there is a MindSET at Pond Gap today at 3:35. The class will be about 15-20 4th graders, so it would be really great to have enough volunteers to work with each small group of students. If you plan Read more…